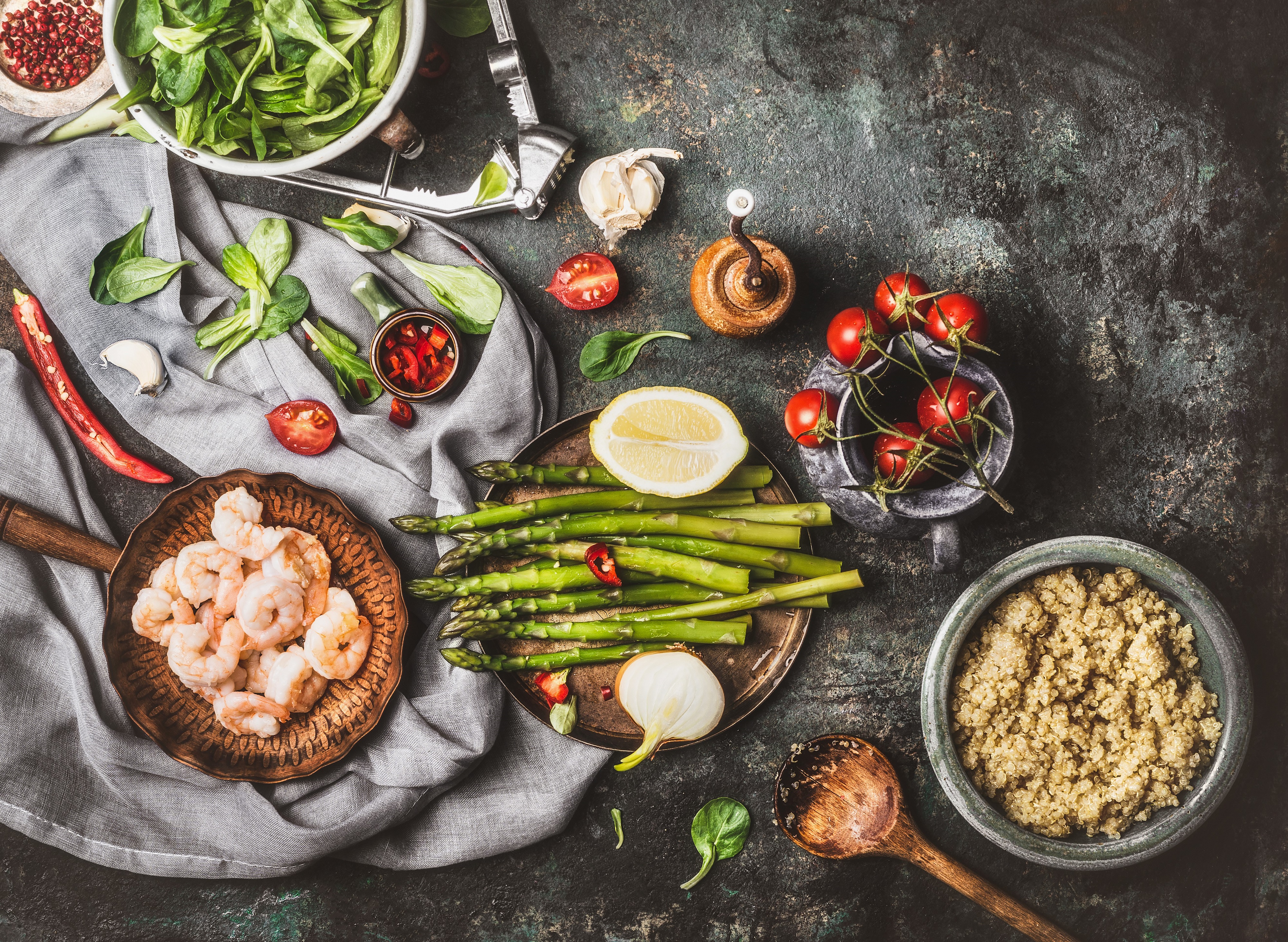 The recent science research confirms the facts that the factors deciding about the man’s health did not change – these are the ability to relieve stress, the lifestyle and model of nutrition. The development of science and technique accelerated the civilization development but cannot increase the adaptation capacity of the organism. That is why the change of the lifestyle causes the disorder of the biological rhythms what influences our health and mood.

On the cell level

The civilization introduced many changes in our environment, taking us away from the nature more quickly and efficiently. The pace of those changes happens in the geometrical progress. As a result we know much more but we understand less. The sudden development of civilization diseases accelerated the researches on the immunity system. The development of physics, quantum chemistry and cytology at least partially let understand the changes on the cell level explaining many processes that happened in the living organisms.

Almost16years ago the World Health Organization stated that every disease starts on the cell level. The state of the organism depends on the correct work of those smallest “living bricks”. While eating we rarely think about the nutrition of our cells. At the same time the most important thing is to supply the organism in the substances necessary to live.

Even the smallest bite has influence on the general state of our organism.

Already in the 60s professor Julian Aleksandrowicz said that the genetic information included in the DNA code is the same as thousands of years ago, however the eaten ingredients do not always match the coded parameters. So currently the human body is built and rebuilt much worse than it used to. As a result the cells do not receive the proper substances for the biochemical changes. It is like we would build the palace designed by the most famous architect, but instead of marble we would use the sandstone or clay. From the outside the palace will be similar, but is will decay faster. The same is with the organism.

In our part of the world we have almost all kinds of food at our disposal, in any part of a day and year and in much bigger quantity than our body needs. We most often eat what we like and how much we like. We got used to be comfortable. The old, good habits passed down by our grandparents have been lost in time. Currently we eat too much highly processed, preserved, artificially coloured food which is also often heated in a microwave oven. Additionally we eat too much white bread, soya, sweets, salt and fats.

In order to keep the proper nutrition we need: proteins, fat, carbohydrates, vitamins, mineral substances, fiber and clean structural water. If at least one of those nutrients is omitted, there is a shortage of it or it is of bad quality, using the rest of the nutrients is weakened.

The lack of one of the amino acids or one vitamin may impair the protein synthesis and inhibit the cell metabolism. As a result we may experience the decrease of mental efficiency, bad mood and skin problems. In 1985 the food committee working for WHO established nutrition norms for the highly developed countries. 6 years later it turned out that because of the higher food processing we lack about 40% of micro- and macro-elements. After twenty years the situation grew and as a result our body senses the deficiency of nutrients and unconsciously compensates it with “fillers” – sweets, chips and spicy snacks. In this situation we suppress the hunger for quality and create imbalance by gaining weight and ruining our metabolism.

The state of skin is strictly connected to the state of liver, performance of the digestive, bloodstream, respiratory and immune systems. Without being aware of the importance of nutrition, no “miraculous methods” will help us eliminate the skin problems.

Currently along with food we eat 4-7 kg of different toxins every year. The individual additions are not harmful, however their joined influence arouses many controversies in the scientific world. With such enormous pollution of environment with different chemical substances, each, even the smallest, quantity of toxins in our body functions as a stressor. As a result it creates the so-called “pre-clinical poisoning”, so different hidden disorders of the body functions where it is difficult to associate the effects of poisoning with given illnesses. The results are often the allergies, from rash on the skin and, inflammations, bad liver and stomach performance, asthma attacks and insomnia with pressure fluctuations.

Those disorders inhibit the absorption of vitamins, macro and microelements and the indigested food becomes another toxins that go into the bloodstream and irritate the immune system. Unfortunately, the qualitative malnutrition and systematic overload of the immune system are the main reason of the civilization diseases.

The change of diet is a great challenge for the civilization. The excess of proteins, processed fat and purified sugar effectively disrupts the hormonal balance, overloads the kidneys, liver and the digestive system. The rotting proteins stored in the intestines increase the number of free radicals, cause the deficiency of vitamins of the B group and antioxidants, such as vitamins A, C and E. The high quantity of the industrially processed margarine and refined fats is still a novelty for our bodies. In no other era such a quantity of the processed oils were used as today. At the same time the unsaturated fatty acids – easily reacting to the industrial processing, turn into the so-called trans fatty acids which negatively influence the structure of the cell membranes, the tightness of intestines and the content of fat in blood.

A civilized man eats 50 kg of sugar a year as well as the products made of the purified flour and rice. Such intake of the purified carbohydrates causes the acidifying of the body which accelerates the work of kidneys and the escape of the calcium, phosphor, iron and zinc with the urine. The glucose level in the blood influences the production of hormones, so the appearance of our skin.

The processed carbohydrates – chocolates, bars, candies, cookies, the overcooked pasta, white rolls, etc.  raise the glucose level in blood and increase the production of insulin. On the other hand the systematically produced insulin increases the level of testosterone which accelerates the performance of the sebaceous glands creating the pimples. That is why people affected by acne, pimples and oily skin must absolutely avoid sweets.

The excessively overloaded immune system is weakened and it is sometimes “mistaken” as it produces the antibodies not only against the toxic substances, but also the particular ingredients contained in food. Such products include the chemical additions, often eaten meals or the meals that are hardly digested. If wrong food reaches the leaky small intestine, during the digestive process its ingredients will go to the blood where they will join the antibodies and create the so-called immunological complexes. Those structures can be located in the whole body, so in the joints, bronchi, nasal sinuses, blood vessels, stomach and intestines releasing the histamines and inflammations.

When we see a particular symptom of a disease we do not associate it with a hidden allergic reaction which also appears delayed for a few days. In this way the strained immune system begins to fight the unwanted food ingredients causing the vicious circle of the civilization diseases, including the persistent skin problems.

The state of skin strictly depends on the state of the liver, the performance of the digestive system and indirectly of the bloodstream, respiratory and immune systems. No metabolic disease appears in a matter of a day. For many years the body warns us, also by the state of skin which we sometimes cannot properly read or we just ignore it.

That is why we should analyze in details all the allergy symptoms appearing on the skin, such as itch, dryness and pimples because they may indicate serious changes caused by e.g. improper diet. Without the conscious change of nutrition, no “miraculous methods” can help us eliminate the skin problems. By avoiding at least periodically all the highly-processed food, sweet milk, powdered milk, cheese, excess of ham and fatty meat, yeast contained in pastry, gluten in white flour, sweets, chocolate, soya, ketchup, instant coffee, cream powder, ready fruit juice, fizzy drinks and many other processed products, we can diminish the ballast in our intestines. By regularly cleaning the body, improving the metabolic processes we can avoid the causes of many diseases, including also the skin maladies.

While listening to different opinions on the health threats, watching the pushing commercials and reading many dietetic recommendation we may sometimes feel lost when it comes to the rules of proper nutrition. The newest researches show that people get a perfect physical and psychological health conditions only when they eat the natural food which is rich in nutrients.

When we fell better, we begin to understand and appreciate the rules of a healthy lifestyle. Our body exactly knows what is the best for it. Only we have lost our instincts and we don’t notice those signs.